Hindi section has been assisting the officials of the institute in implementing the rules, regulations framed under the Official Language Policy of the Union, after the enforcement of the constitution since 1952. This section is mainly engaged in bringing out official language magazine DEVANJALI emanating annually from the institute, preparing a roster of employees of the institute and nominating them for receiving training on Hindi ‘Pragya’ & ‘Praveen’ courses and computer to work in Hindi, conducting various competitions among the employees on the occasion of celebration of Hindi Day / Fortnight / Month, organizing Hindi workshops for the quarter, convening meetings of Official Language Implementation committee for the quarter and sending minutes & reports, after preparing its to the  Council New Delhi and Chairman, Town Official Language Implementation Committee (KOLTALIC), Kolkata and forwarding dully filled up inspection questionnaire during the periodically visit by the Parliamentary Committee on Official Language Implementation while it was assessing the position relating to the Official Language Implementation in institute. In addition to its’, it is continue rendering translation of scientific & technical literature such as Annual Report, Newsletter, publicity materials and standard farms used in day-to-day administrative business from English to Hindi.

ICAR-National Institute of Natural Fiber Engineering & Technology, Kolkata situated in region “C’’ has been selected for the 3rd prize for outstanding implementation of the official language policy and progressive use of official language during the year 2017-18 and Second prize for the year 2018-19. Dr. D. B. Shakyawar, Director, ICAR-NINFET and Mr. K. L. Ahirwar, Assistant Chief Technical Officer & In-charge Hindi Section, as a representative were awarded the honors providing SHIELD in an annual conference and zonal Official Language Felicitation & Award Distribution Celebration for eastern region held in Dibrugarh, Assam on 18th December 2021. 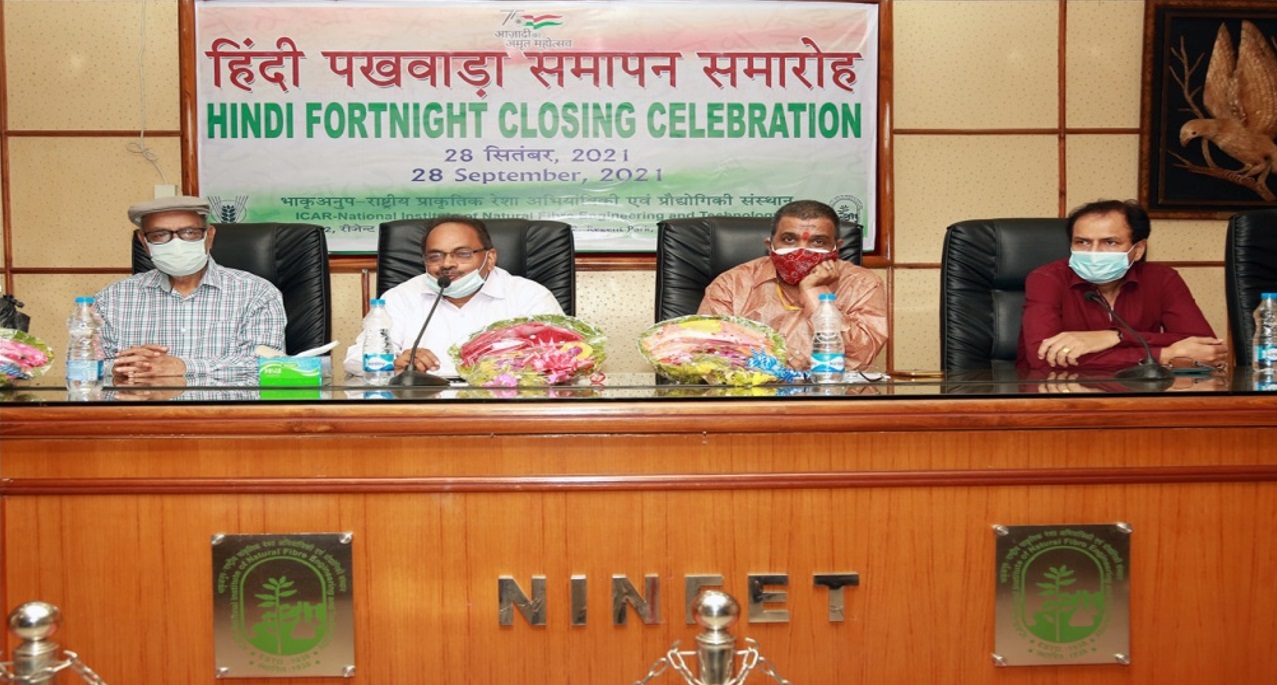